When the mist embrace an old temple

This was the second time I visited Pura Ulun Danu (Ulun Danu Temple) which was located at the shore of Lake Beratan in Bedugul, Bali. Perhaps I always chose the wrong time to visit the temple, or it was the Creator’s intention that I had to see the temple covered by a very thick mist accompanied by drizzles and cold weather, so I could feel the mystical aura of the compound. 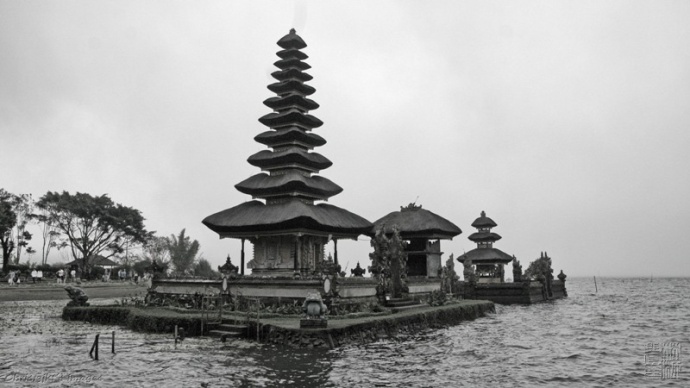 Although covered by mist, however, the old temple still looks beautiful. Old? Yes the temple is very old indeed. According to an old manuscript; it was built in the 17th century by I Gusti Agung Putu who was also the first king of the ancient Mengwi Kingdom of Bali. It was dedicated to the goddess of the lake called Dewi Danu. Pura Ulun Danu was called ‘parhyangan ri pinggiring danu Beratan’ (sacred place located in the shore of Beratan Lake) back then.

As you may see, the temple has classical Hindu thatched roof called ‘meru‘. Standing on a tiny island just offshore the lake makes the temple seems to be floating on the surface of the lake.

a buddhist temple inside a hindhu temples compound

54 thoughts on “When the mist embrace an old temple”