On my visit to Ujung Genteng, a small village in the southern part of West Java, I got a chance to visit a humble family that traditionally make coconut sugar for their living. Fortunately the family allowed me to watch their work in making the coconut sugar traditionally.

Coconut sugar is a natural sugar produced from the sap of cut flower buds of a coconut tree. The process begins in the morning with people climbing the coconut trees to cut coconut flower buds in order to get the sweet sap which they collected in some plastic or bamboo containers. An expert sap collector can climb up and down at more than 10 coconut trees in less than one hour without any modern tools to help in the process.

Climb up a coconut tree in the morning 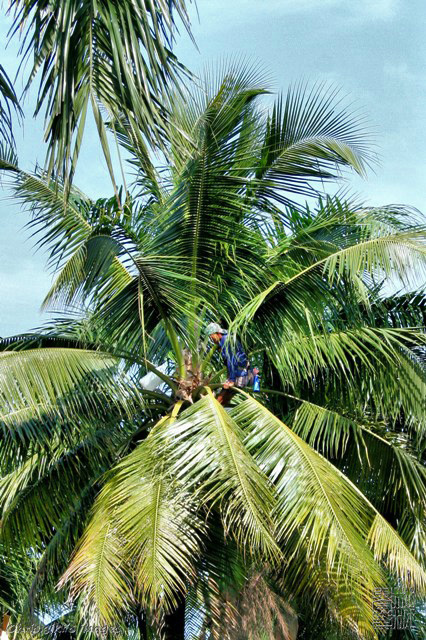 Cutting the flower buds to get the sap 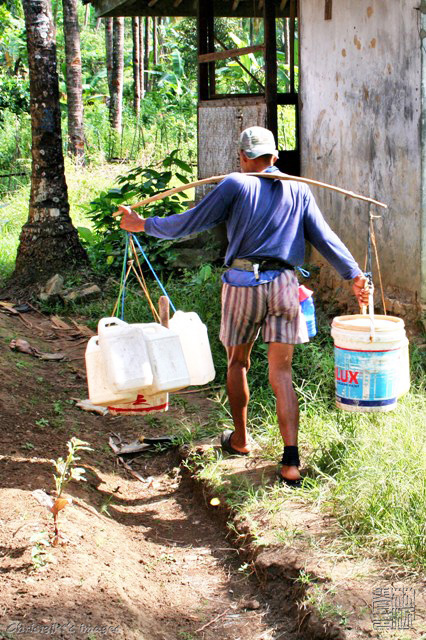 Bringing the sap to be boiled

The sap will immediately be boiled in a big wok in their house, or else it will be fermented and turn to be alcoholic. Local people usually also consume the fermented sap which they call “tuak”. 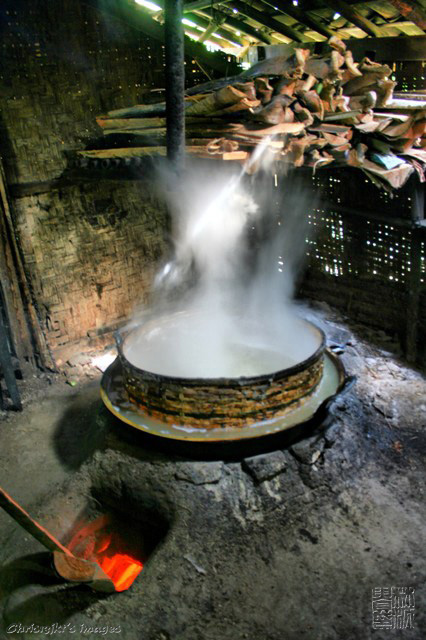 Boiling the sap on a simple stove

The boiled sap will become thick syrup-like substance as the water in the sap evaporates, and the color change into brown. Then this is the time to pour the substance to casts made of cut bamboo tree. 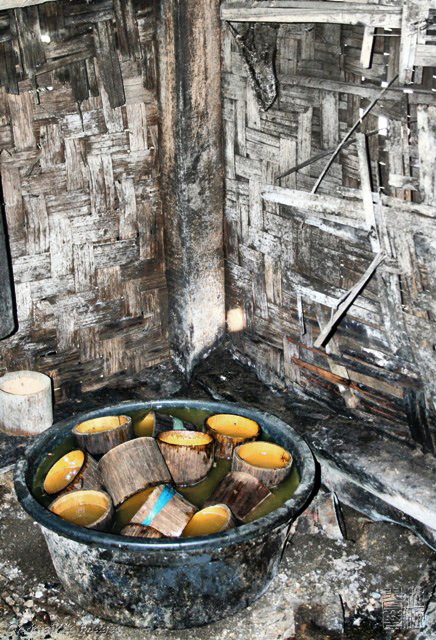 The casts made of cut bamboo trees

Already been poured into casts and waiting to be hard

There the substance will coagulate further and become solid after some time. When it’s already hard enough, the solid blocks will be removed from the casts and ready to be packed. 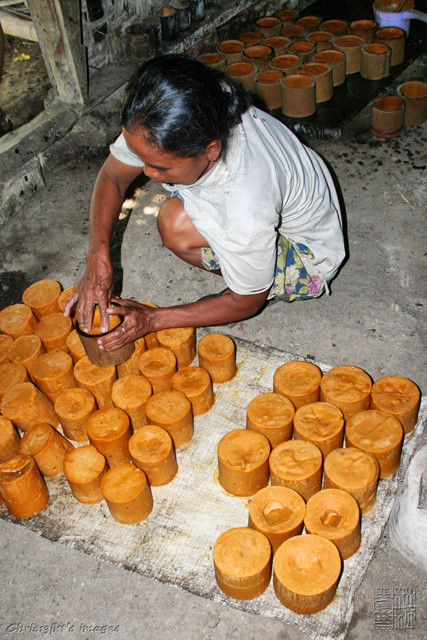 Removing the sugar blocks out of the casts

The coconut sugar blocks ready to be packed

As it traditionally made, the taste, size and color of the blocks sugar are varies from batch to batch.

Coconut sugar tastes more like brown sugar, but with a slight caramel like taste. Nowadays, coconut sugar is gaining more popularity among the diabetic community since it is considered safe as a substitute of the regular white sugar.